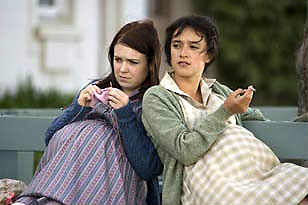 A drama about reconciliation. Reconciliation between the present and the past, between a mother and her child, between a husband and a wife. Flora Thornley has been in hiding for most of her life. In 1968 when she was 17, Flora had a daughter and gave her up for adoption. She has never told anyone, including her husband and two grown sons. But now, she has contacted her daughter for the first time and gets a brutal rejection letter in reply.