Firstly congratulations to Stan Walker on his memorable meeting with Beyonce during her recent tour here. Stan is a humble young man who represented his people well. He has also done us proud in his acting debut as Turei in MT ZION. This film is a little gem that portrays Maori whanaungatanga at a time in our recent history when family values were being challenged by a rebellious younger generation influenced by the freedom offered in music. Mt Zion was well received last month at IMAGINATIVE the worlds largest Indigenous film and new media, Festival held in Toronto.

Our Feature Film WHITE LIES has been entered as New Zealand’s official submission to the foreign language race at the upcoming Oscars. Directed by Dana Rotberg for South Pacific Pictures, it is set partly in the outbacks of Tuhoe territory. If you’ve never been fortunate enough to travel to the area you will be transported by this film. I’m immensely proud of the cast, many of whom I’ve known a long time and some since they were very young.

A Docudrama I cast some time ago screened on TVNZ last year and has been nominated for an International Emmy award. THE GOLDEN HOUR tells the story of Peter Snell and Murray Halberg winning Gold at the 1960 Olympic games in Rome. This great achievement put New Zealand on the Sports world map and revolutionised athletic training as Arthur Lydiad introduced these runners to a totally new way of preparing both physically and mentally, for just such events.

Late October I once again joined the Executive Board of Nga Aho whakaari, Maori in the screen industry. I had been involved with this organisation since it was formed in 1995 and had been on the Board back in the days before Funding had been made available to us. Prior to that time our advocacy organisation ‘Te Manu Aute’ was our means of lobbying the government for support of a Maori television channel and to recognise the Treaty of Waitangi. In those days we had very limited resources and spent a great deal of time making phone calls on landlines as mobile phones were still a novelty. It’s amusing now to think that we had to resort to public protests and hunger strikes in order to gain recognition of Te Reo as a taonga and the need to support that taonga with language television and film. The fact that WHITE LIES has been tipped for the Oscars shows how far we have come as a nation. 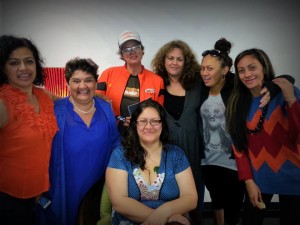 Finally this month, November 2013 Script to Screen are hosting a South Auckland Short Film workshop. I will be a guest speaker at this. If you or friends are interested in attending. Link is