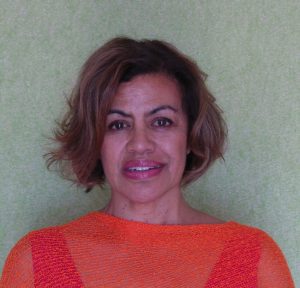 While I’ve enjoyed forays into acting, directing and choreography, I always return to casting where I can utilize my theatre and film skills. After three decades I still feel privileged to see actors at work with directors who know their craft. Bringing the two together remains deeply rewarding.

My First Feature Film:  “Te Rua”, 1991. Directed by Barry Barclay and produced by the grandfather of the NZ Film Industry, John O’Shea. An unforgettable experience where I called on whanau to fill roles,  made everlasting friendships and careers were launched.

TV commercials:  These would number into the thousands; I can’t even recall the very first one.

Most memorable TV commercial:  Has to be the Lotto dancers in 1987s “We’re In The Money.” One of the biggest TVC productions of the time, filmed in a real theatre with dozens of dancers. I’m pleased to say that by the time we made the second “Happy Days,” we’d signed the cast up to Equity.

It’s been too long since I updated in 2019. Since then I’ve cast various TV series such as ‘Almost Paradise’ shot in the Philippines; a docu-drama ‘Mothers of the Revolution’ written and directed by extraordinary film maker Briar March with producer Leela Menon of GFC; and ‘Six Angry Women’, a dramatized documentary consisting of another strong team of women lead by Megan Jones.

2020 started with a stream of productions lined up beautifully through the year, but Covid and lock-down interfered. However, I was happily kept busy with the TV series VEGAS, shot entirely on location in Rotorua, and Feature Films MURU shot in Tuhoe territory and the epic WHINA. All have a reasonable Te Reo content which bodes well for the future of this country and future generations.

2021 began with a Netflix film, THE ROYAL TREATMENT, currently in post production in Dunedin. Nga Pou Whenua, a Co-lab with Australian Indigenous film makers, resumed production after I started the casting in 2019. It became a victim of Covid-19 as did many projects. The effect of the pandemic on our industry caused hardship for some, but our members are tenacious and we’ve recovered well.

I wish you all good health and peace of mind during this time of Rāhui as our nation continues to live in a form of lock-down be it level three or level one.  It’s good to be part of a people who place kindness and fairness ahead of their own fears.

Check out other websites and IMDB which is not so accurate, but at least has some records.